I’ll be honest with you – not all the Spaniards love us pilgrims – and with good reason.

We stink – like, all of us stink – even those of us who have heard of and use deodorant. We’re irritable – we storm into these remote villages, head straight to the bars to use the toilets, do our business, and then demand from the bartenders food and drink like “give it to me the fuck now – I’m starving.” 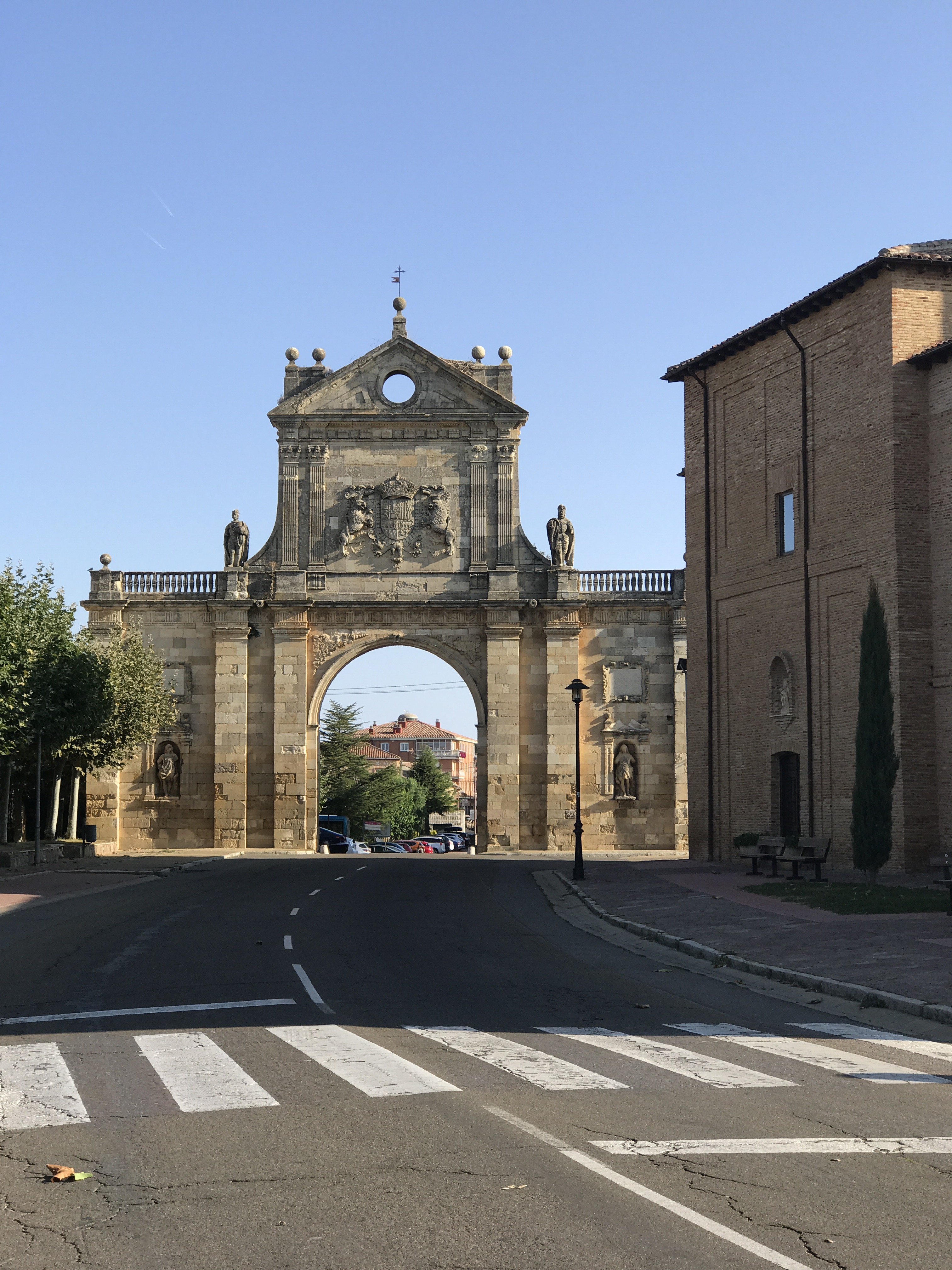 And then we’re off to the next village. It’s probably safe to say that’s the way it’s been in ” The Way” to Santiago de Compostella fir centuries.

But every once in a while you meet a hotel, bar or B’nB owner who actually loves their jobs and likes us pilgrims. 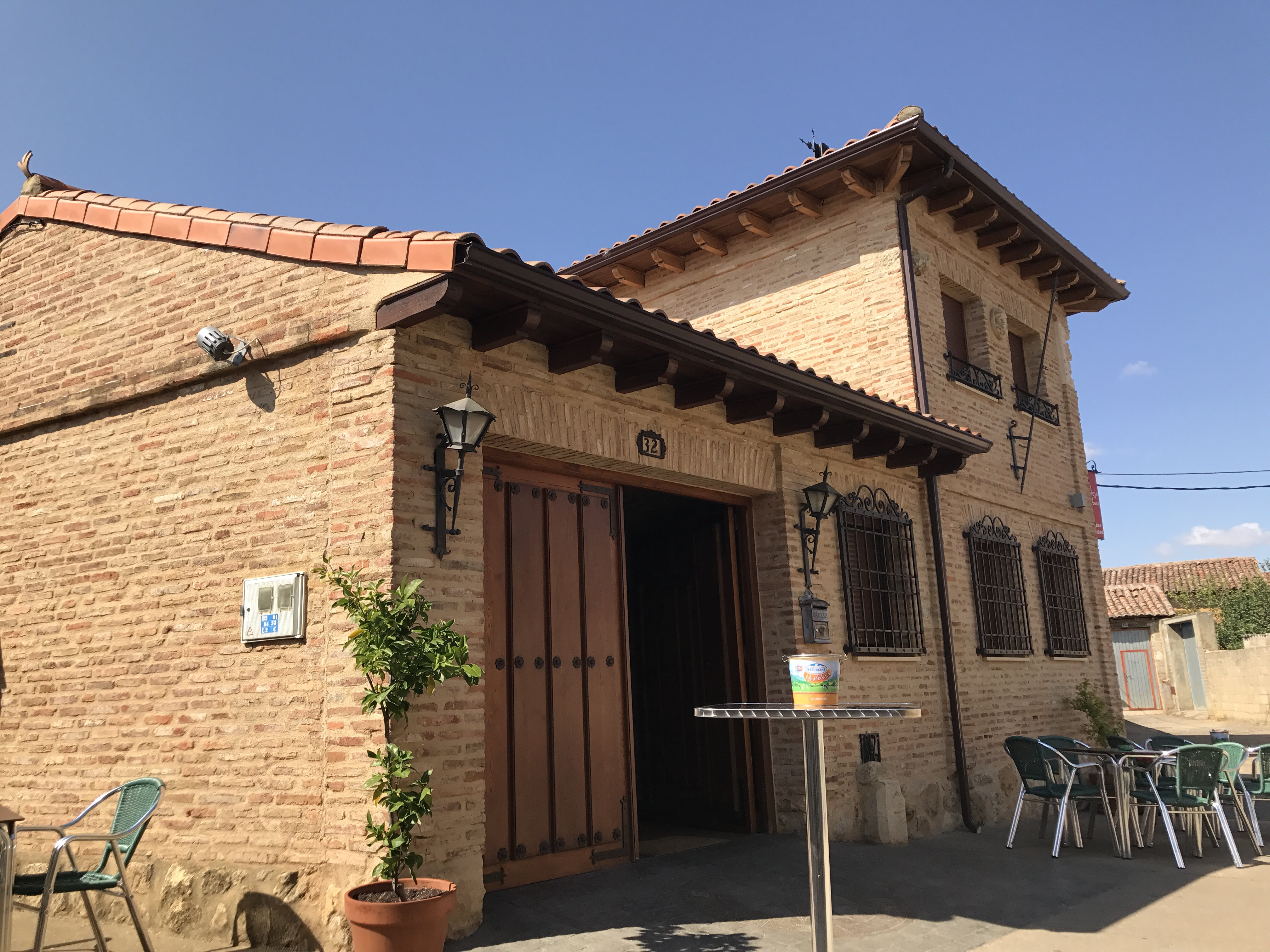 I pulled into Calzadilla de los Hermanillos completely dejected. I had tried to walk the 11 miles from the previous town, but could only manage seven. My blisters were causing me too much pain – and – I was carrying my 14lb backpack- it was too much, so I took a taxi to my hotel.

There, an angel named Hema, took pity on me and treated me like royalty. She washed my clothes, brought me lunch and TWO wines, she booked my next hotel for me, and she took all my baggage to my room. 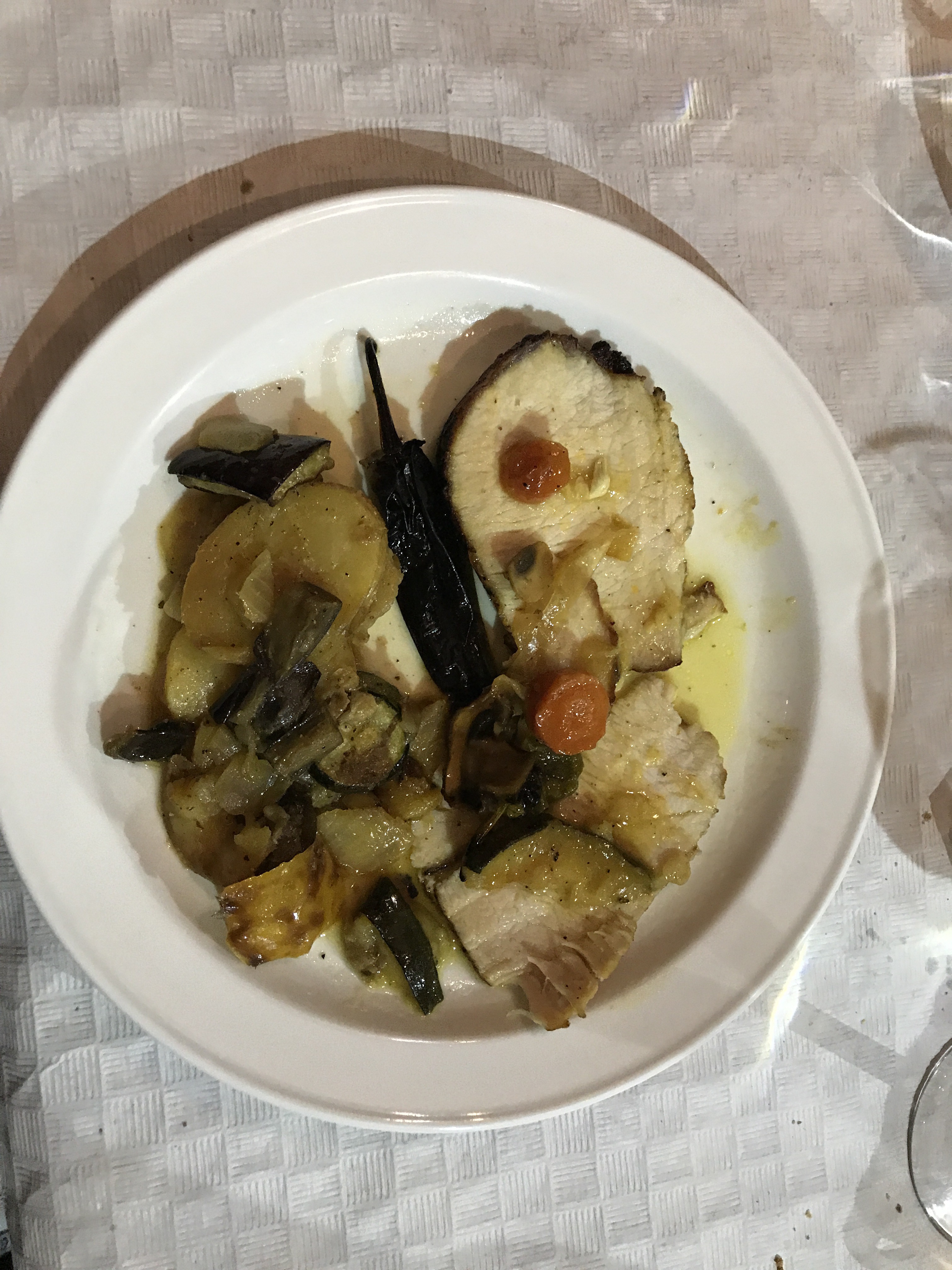 It was a feast to end all feasts. When he came out of the kitchen we pilgrims gave him a standing ovation.

But where was Hema’s ovation? This woman runs the roost, cleaning the rooms, the toilets, running the hotel’s administration, doing her family’s and we pilgrims laundry, getting us sandwiches for the next day and so on and so on.

Hema doesn’t want an ovation- but we pilgrims do!

The mood on the Camino de Santiago has definitely changed now that we’re almost done with this soul-crushing walk through the Meseta. 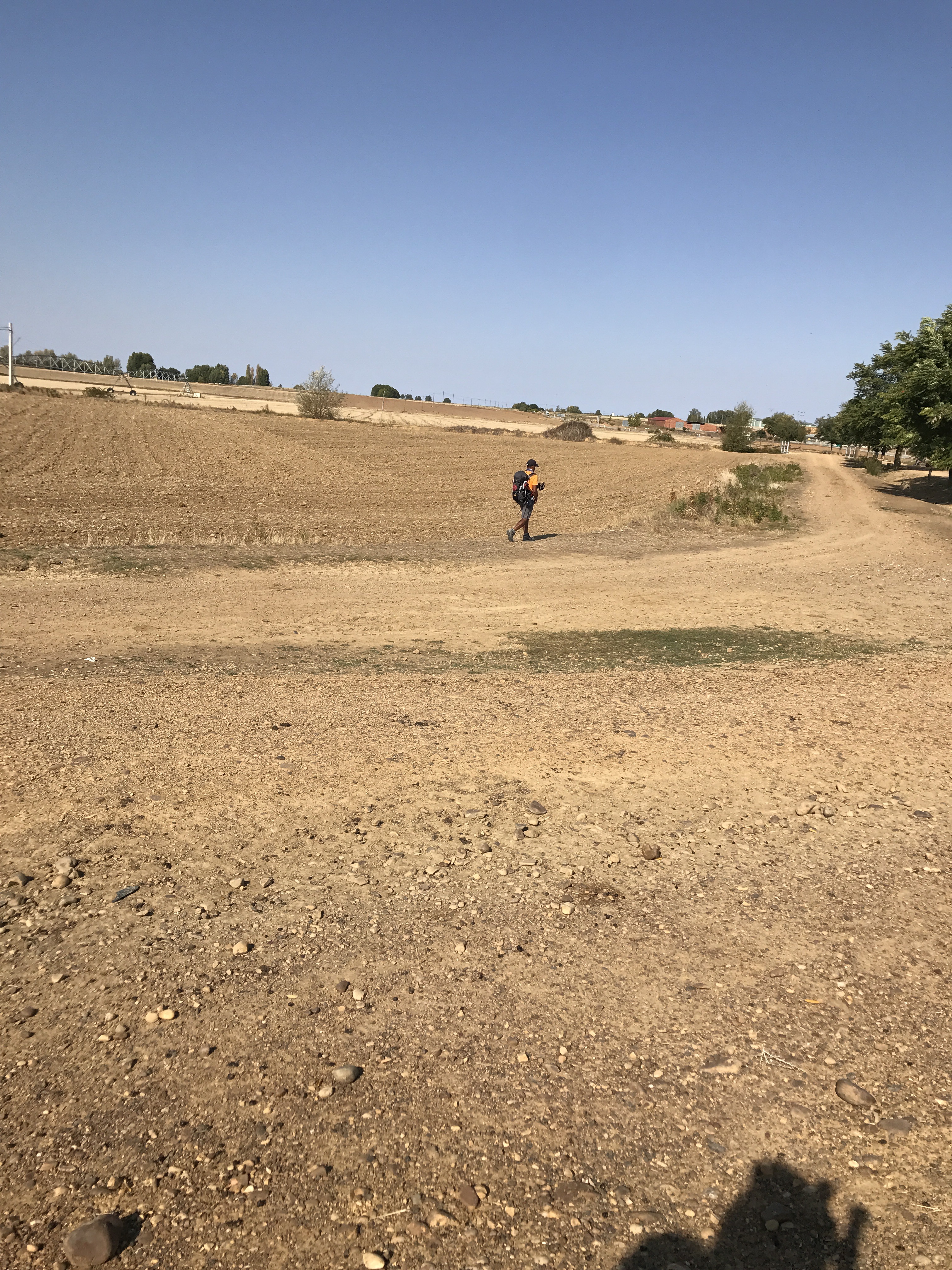 It’s been six days of endless fields, with very little to look at, little shade, a few spartan villages, and treading on fucking Roman Roads. Yeah, yeah sounds romantic but these “roads” are torturous on your feet – they’re literally miles after miles of fucking rocks. Maybe the ancient Farragamos and Pradas handled these rocks well, but today’s Merrells and Tevas are getting the shit kicked out of them – along with my feet! 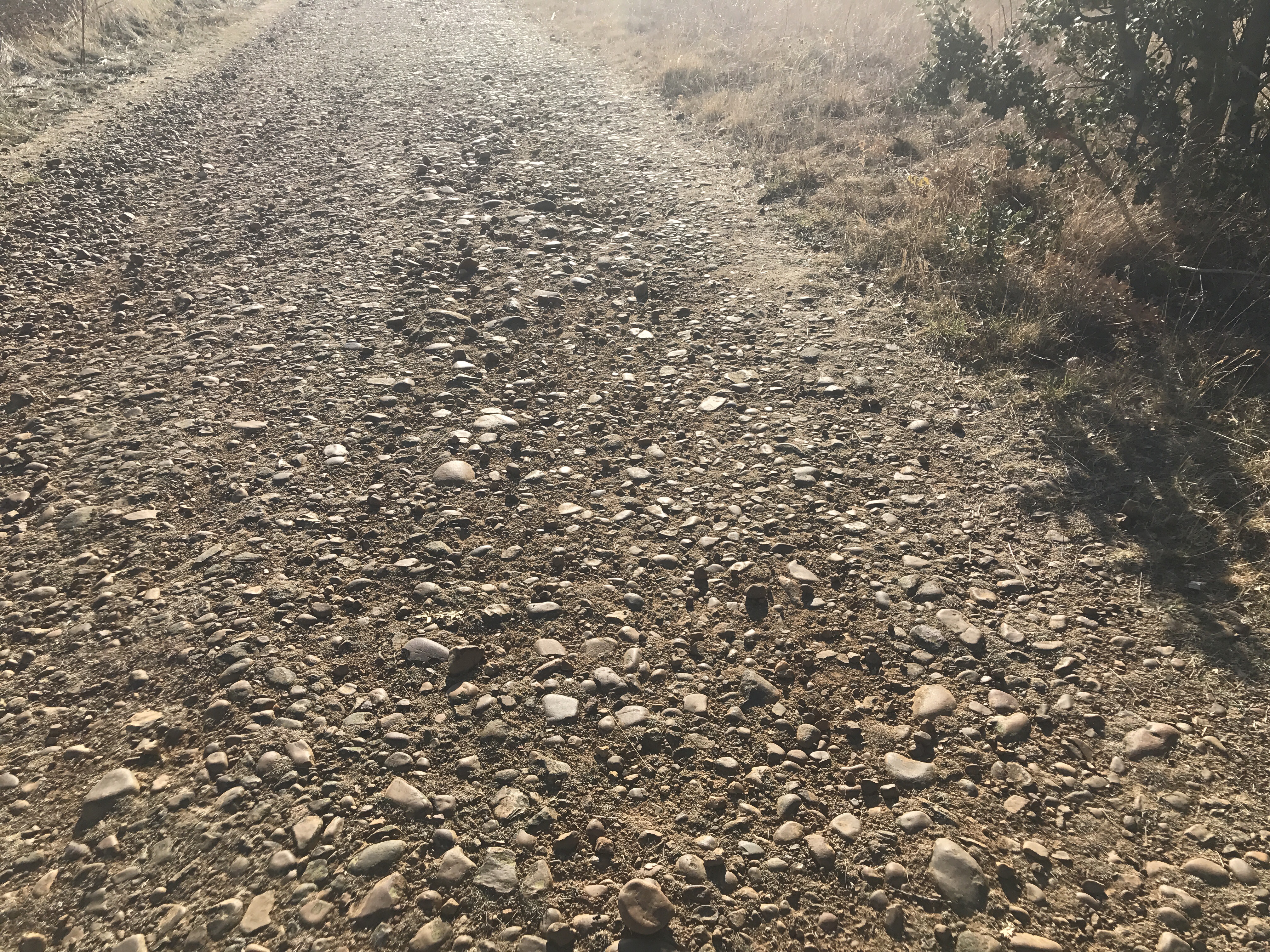 This morning it took me four kilometers to remember how to walk – I shit you not! I’m trying so hard to walk gingerly, to protect my feet, that I’ve lost my stride. I sounded and felt like a horse clomping and not the Lipizzaners – more like the Clydesdales.

And I’m not alone.

You can see it in how we pilgrims are struggling to walk. Nearly everyone is doing some sort of limp. 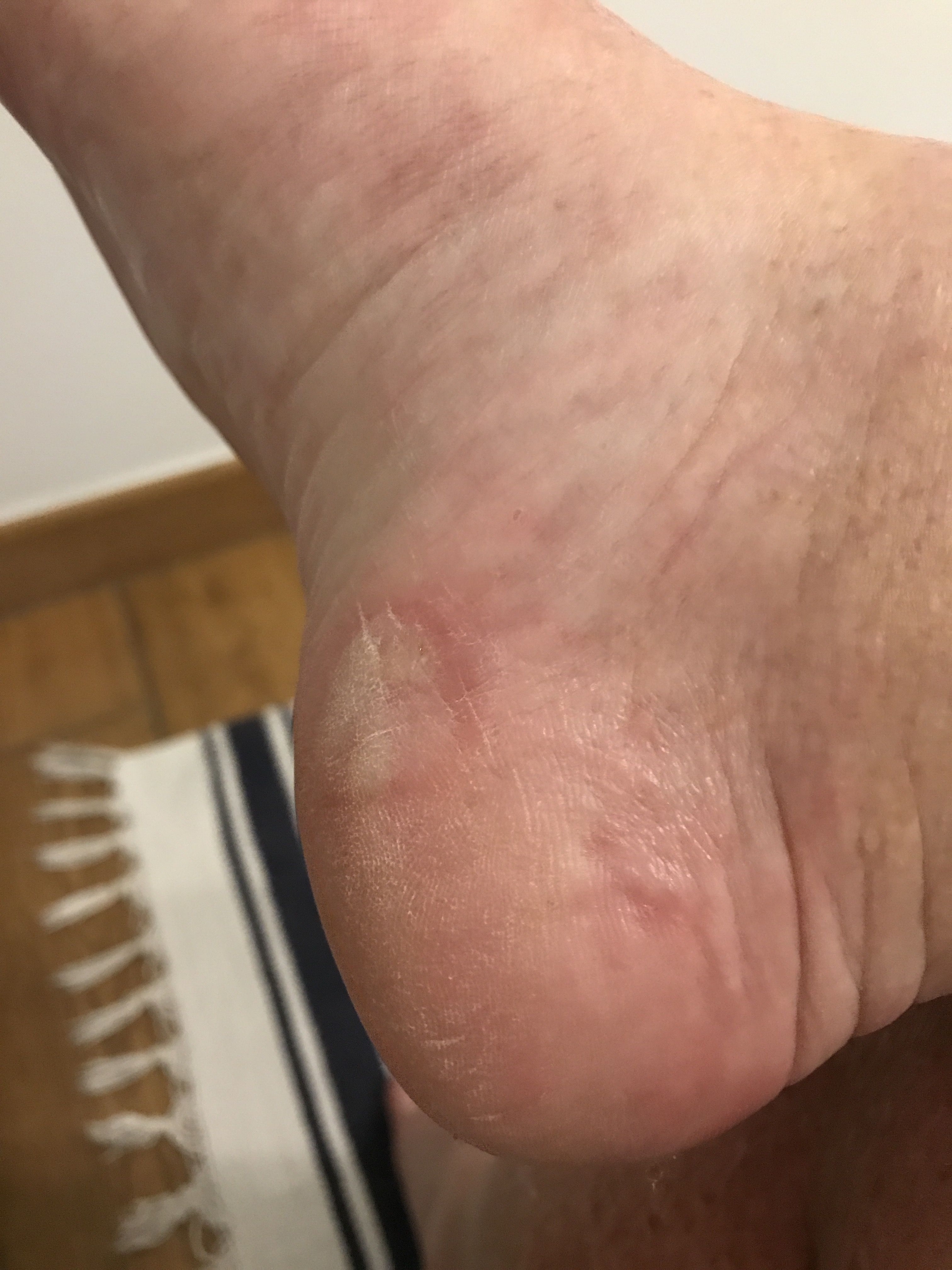 And the bragging rights are up for grabs! I thought I would be Blister Queen of the Camino with my four sores, but nope. Roland from Lebanon has six. Mary from Alaska has seven, and Jorge from Mexico has nine – that’s almost one for every toe! 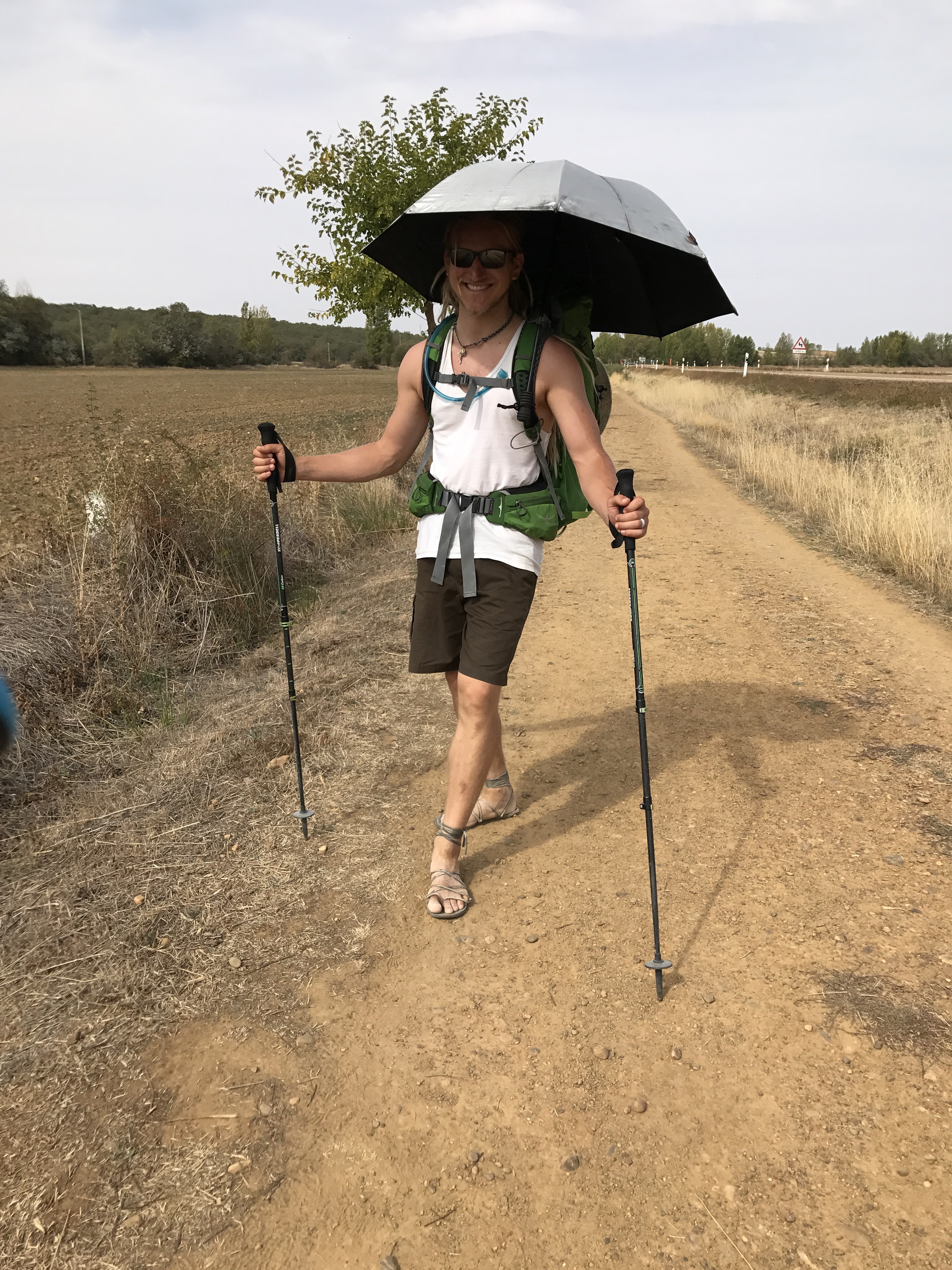 The only person who isn’t complaining is the “fast guy from Hungary.” This guy is walking in what I call Jesus Sandals and he’s kicking our high-tech, moisture-wicking, Compeed-clad feet and boots. He’s sprinting past us wearing tie-up sandals with barely no soles. 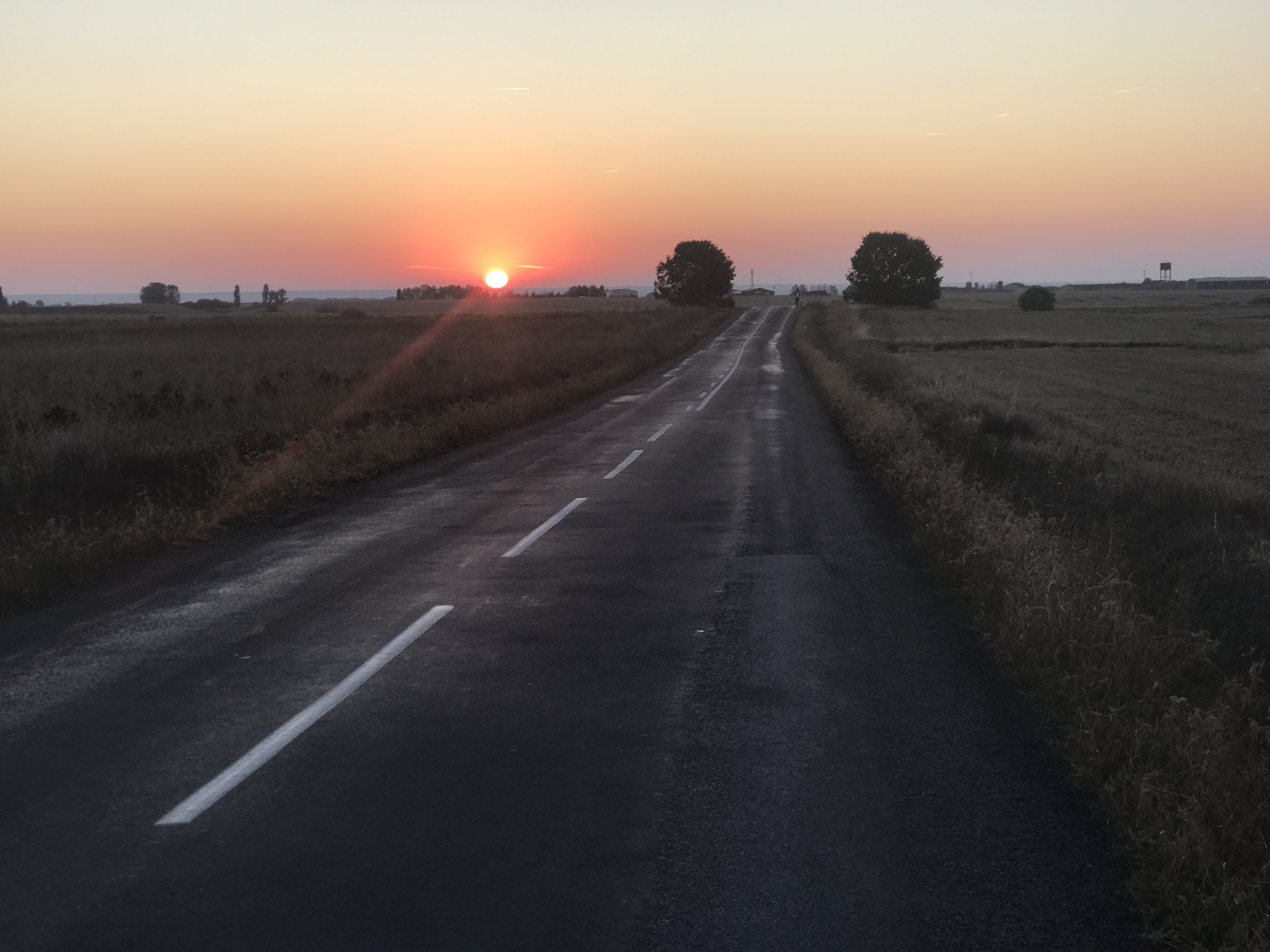 Today’s complaints and march were endless. Even a beautiful sunrise couldn’t lift our spirits. At the end of today’s 11 miles on the Meseta, we ended up in a hellhole town who’s only claim to fame is that it was struck by a meteor in 1947. No hole to be seen!

Few pilgrims seem to be quick with their smiles, most of us are nursing our wounds – and all of us would love a standing ovation for our efforts – but no one has the energy or will to stand – and besides, who said the Camino was going to be easy??!!!